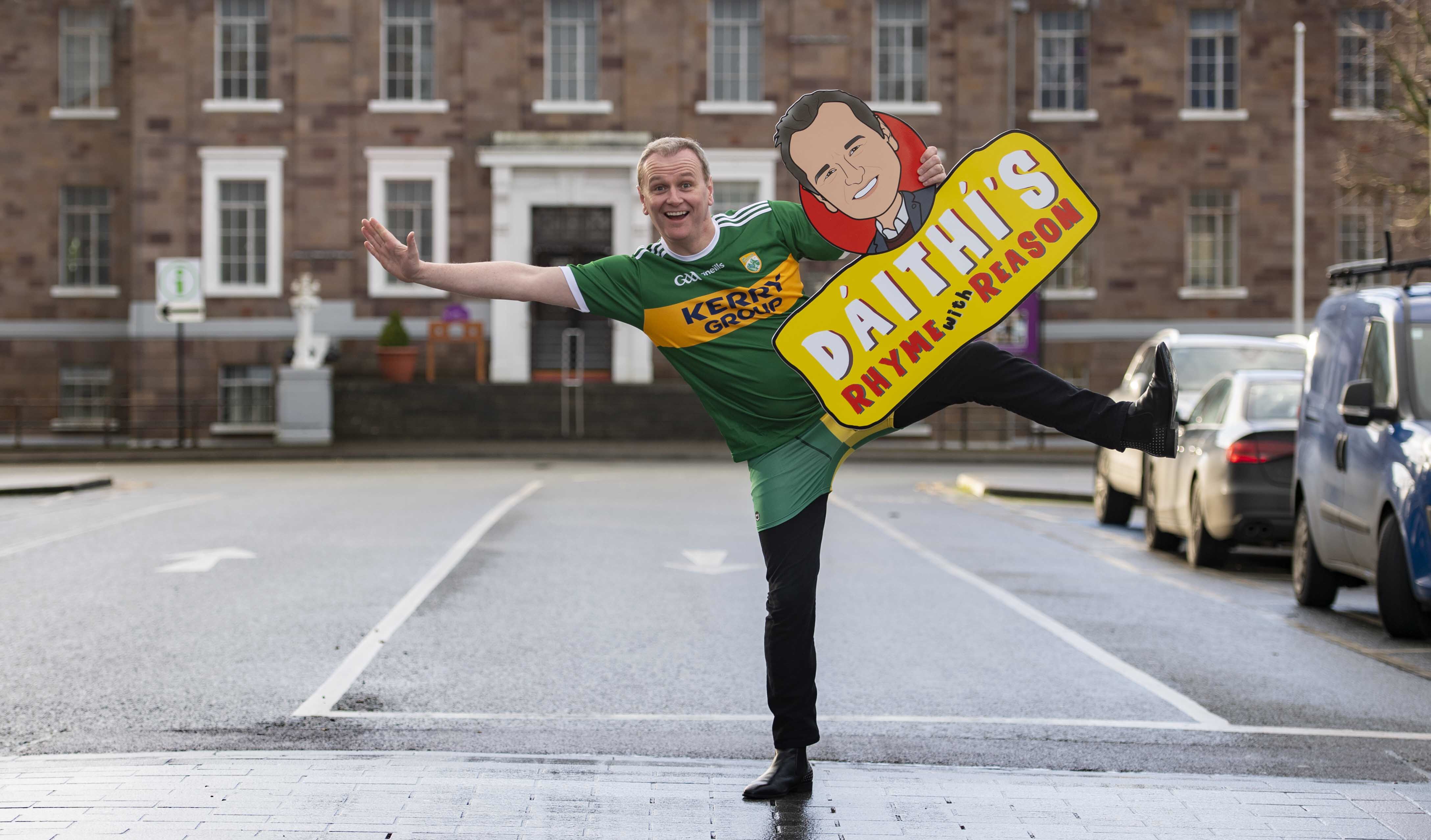 Dáithí Ó Sé, is about to premiere his brand new stage show ‘Dáithí’s Rhyme with Reason’ in Kerry! His Kingdom of Kerry Tour will consist of three shows in Tralee, Listowel and Dingle this April and May. ‘Dáithí’s Rhyme with Reason’ will be a hugely entertaining panel show with plenty of fun, chat, music, special guests and even a number of ‘Limericks’ thrown in, all performed in front of a live audience.

Speaking for the first time about the new show Dáithí said: “This is an entertaining stage show where two teams each consisting of two well-known people battles it out to create the most hilarious Limericks that best describe the crazy news that I have just introduced. Simply put the teams will have to ‘Rhyme with Reason’ and I will be asking the audience to award the winning points. In other parts of the show we will meet a surprise celebrity guest for an interview with a difference, we will have plenty of audience participation and each show will finish by giving an up and coming act the chance to perform in front of a live audience. The show will be full on, funny and hopefully unforgettable for all the right reasons!”

“I have been working on this idea for a long time now and really wanted to launch it in my home County. I’m honestly so excited to get this show on the road and I have lined up some very special guests to be part of the first few shows. It will be really different to anything I’ve done before and if you fancy an escape and a few laughs then I hope to see you on one of the nights.”

The first show will be at the Listowel Arms Hotel on April 25thwith a hometown show in Dingle on April 26th. The following weekend Dáithí and guests will be at the Ballyroe Heights Hotel in Tralee on Friday May 1st 2020. With only three shows confirmed so far demand for tickets will be very strong, you can book right now through ticketmaster.ie or ticketweb.ie . This will be an over 18’s show.